Check out our most recent session at Unit One by clicking play on the link above! This week we prepare for our gig on May 22nd and start working in more lyrics for the new album songs. You can join our Bandcamp here: https://kaine.bandcamp.com/kaine-memb… You can join our Patreon here: https://www.patreon.com/kaine_metal So for just £5 a year you can get access to all our music or for just £1 a month a new t-shirt and patch every year!

Kaine will head to Unit One Studio’s in Colchester today for their final album rehearsal session before they head into the studio next week to begin tracking drums for the new album. It will also be the bands final rehearsal before their sold out gig at The Music Room, Ipswich on May 22nd.

We return to Unit One to continue our rehearsal sessions for our new album today. The drum recording sessions are now booked for the new album later this month with more details to be announced on the recording soon. The band is also working on their set for the 22nd at The Music Room, Ipswich which is now sold out.

The band are back at Unit One studio’s in Colchester today rehearsing the new album and preparing for their return to gigging on May 22nd in Ipswich. The band is also working in a brand new song which will be for an exclusive Patreon EP later this year. You can see the work on the new song on the latest rehearsal footage on the link above.

Kaine also has more shows announced for 2021-22 which are:

More details are going to be added soon for each gig and more dates/venues will be announced soon. Kaine are about to finish the rehearsal stages on their new album and are preparing to enter the studio ASAP. They will be at Unit One Studios, Colchester again today to continue work on the new album. The band is also getting a number new of the new songs ready to play live when they return next month at The Music Room, Ipswich.

So far Kaine will be performing at the following dates with more to be announced:

There will be an update on the new album recording sessions soon. In the meantime the EP CD’s and T-Shirts are being printed. Shirts have been limited to those who have pre-ordered the CD with a limited number being available once they go on general sale.

The bands next project will be to write and record a new EP which will be exclusive to Patreon members. 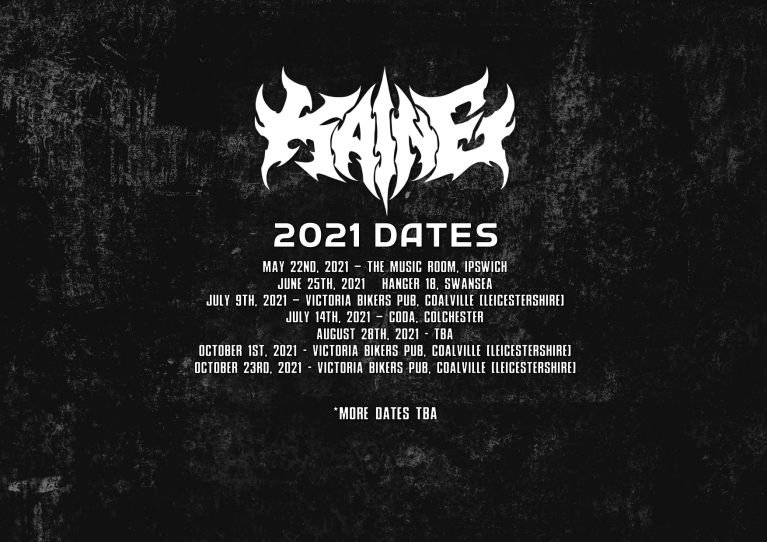 The band will be back at Unit One Studio’s in Colchester today to continue work on the new album. Rage and Toby will be working to complete the studio scratch tracks this morning before heading over to the studio for rehearsals. The scratch tracks are the tracks the band will record to in the studio. The band is hoping to begin recording the album as soon as possible.

The band now has six dates for 2021 which are as follows:

More dates to be announced.

Kaine are back in the studio today to work on their brand new album. Over the last few weeks the band has been working on getting tighter and more familiar with the new songs following the break due to COVID-19. Lyrics and vocals have also been worked on in recent weeks as the band prepares to begin recording the album as soon as possible. 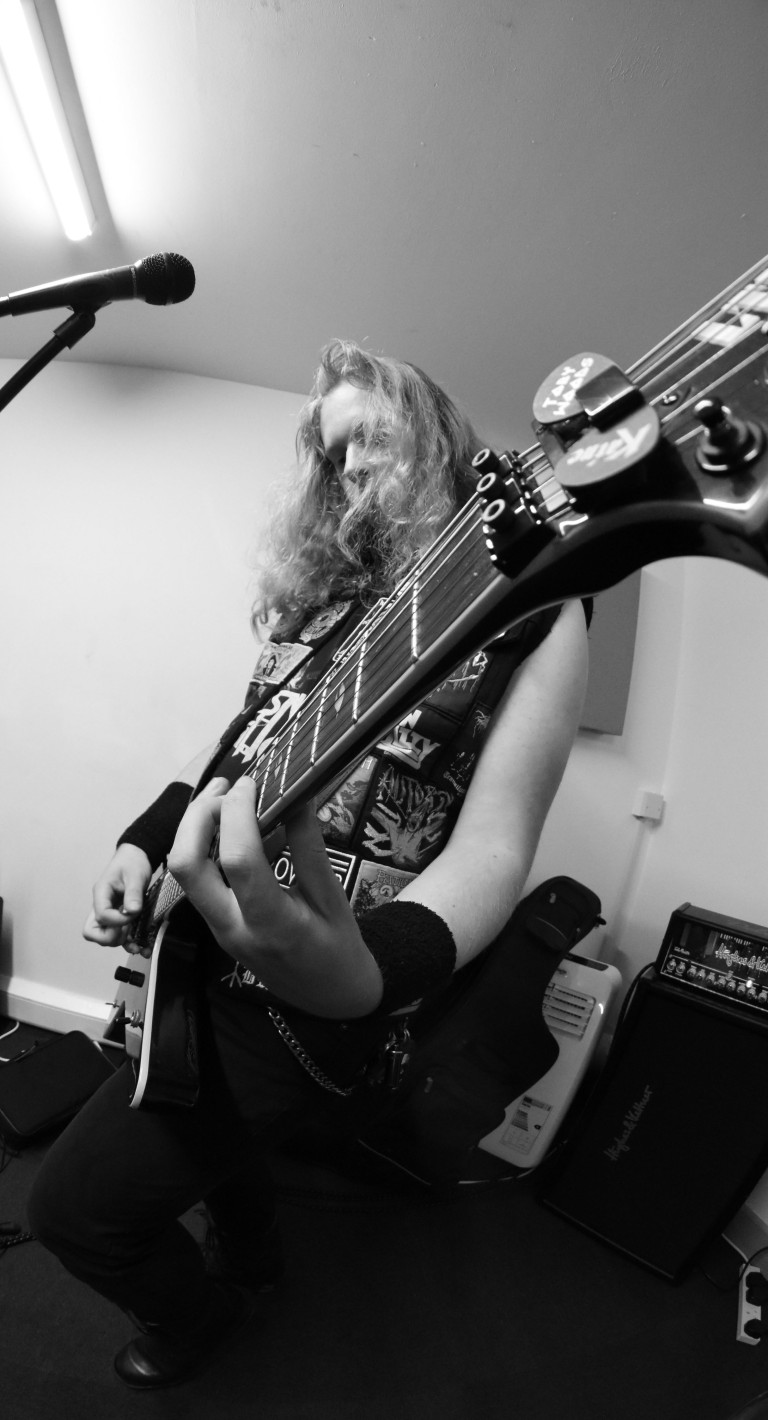 Today the band will continue working on the new album at Unit One studios. Kaine is now making good progress and should be on track to begin recording the new album soon. In last weeks sessions the band began to work on the vocals and backing vocals for “Train” as well as the new song “Green to Grey”, and more work was done to the lyrics plus vocal melodies in the week. They also finished the full structure for “Green to Grey” in the session and the album is starting to take shape.

In other news, previous “likes” have been encouraged to follow the bands Facebook page following Facebook’s platform alterations meaning all likes were deleted last week from the band page.

Finally, the first mix from the Matt Jones (of Twisted Illusion fame) version of the forthcoming EP was reviewed and further revisions are being worked on ready for the release. The EP will be a two CD release featuring two versions of the EP. 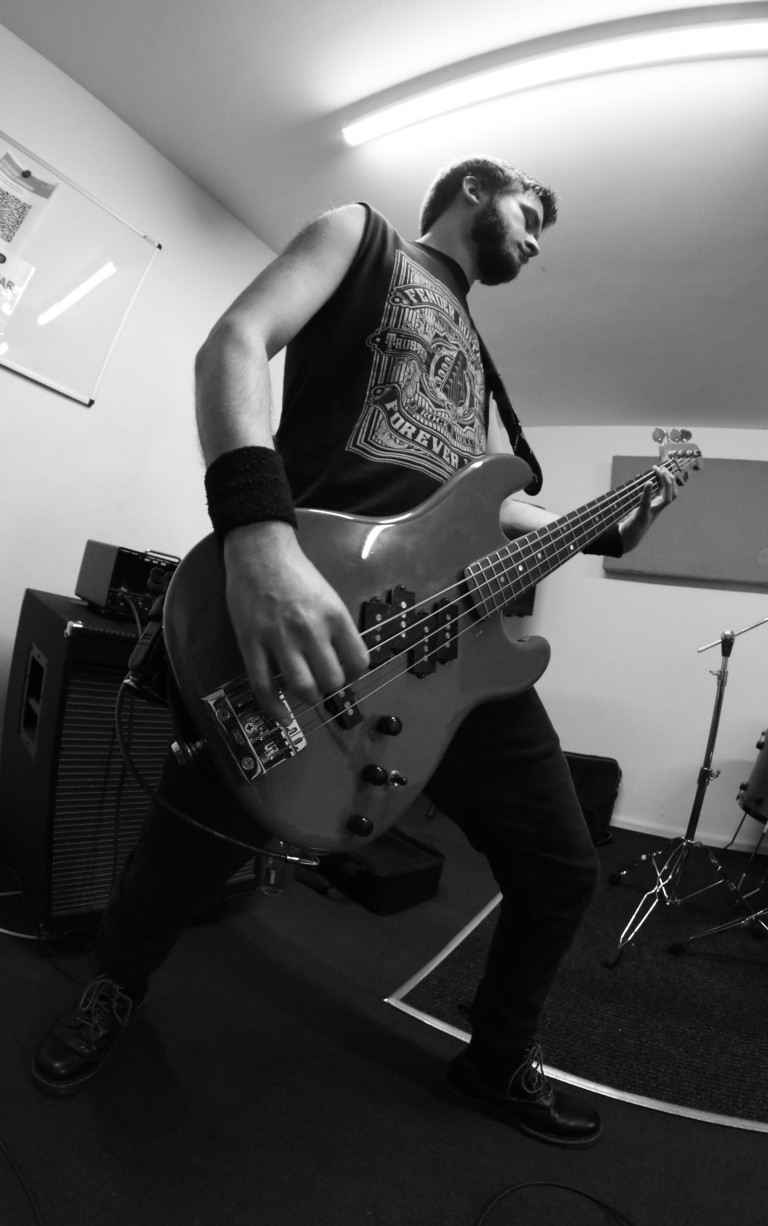 Kaine will be back at work at Unit One Studio’s in Colchester today putting together the new album. The band is nearing the completion of the rehearsal stage of the process and will be looking to record the album soon. The albums entire process has been held up and postponed several times due to the COVID-19 pandemic.

Kaine are back at Unit One today to continue working and rehearsing new material for the new Kaine album. The band is hoping to begin recording the album soon and is currently getting back up to speed with the songs following the recent break due to the Covid-19 pandemic. Last week they began work on a brand new song for the album which can be heard on the footage above.