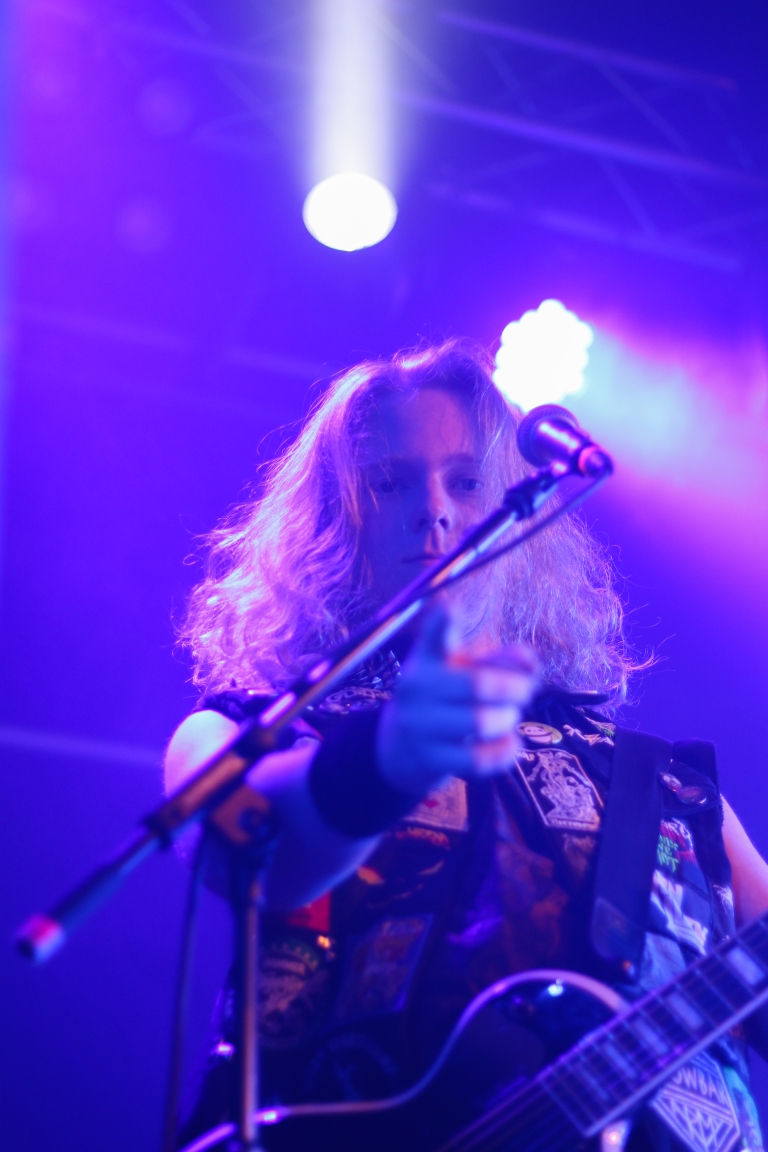 What are the highlights from your three years in Kaine?

Obviously, the first two that come to mind are The 10th-anniversary show at Colchester Arts Centre and Burr Fest last year.  The Arts Centre has always been one of my favourite venues and after seeing Dragonforce there on the Maximum Overload Tour I made it a goal of mine to play there at some point.  The 10-year show was a really special night.  I remember looking out from behind the curtain at the back of the stage just after Osmium Guillotine had finished and then being completely lost for words at how many people were in that room.  I don’t think I’ve ever seen it that full before!

Then Burr Fest last year.  I mean what a last gig before gigs were made illegal.  Isaac and myself have been to the Dome a couple of times to see Band Maid and Man With A Mission.  They were great shows and I always thought it would be great to play there.  It was a little daunting being the first band on of the day as there were thoughts of no one being there when we started but luckily the place was nearly full when we started playing.  It was a great feeling standing and playing on the same stage that I’d seen some of my favourite bands play on and was a great night overall.

What are the main differences from when you started in Kaine to now?

I would say my stage presence has greatly improved.  When I first started with the band I would worry about getting the notes right more than actually performing.  Over the last three years, I’ve become a lot more confident on stage and have found the gigs go better if I just have fun rather than trying to make everything “perfect”.  I’ve also come a long way as a guitarist.  I’ve found that if I write solos that I can’t play then I have to get better so I can play them.

Other than that, I’ve got longer hair and some different guitars.

What was it like writing and recording Reforge The Steel?

Well, I think Reforge is a testament to how well the four of us work together.  We had been playing together less than a year when we started recording.  To have all the songs written and well enough rehearsed to start recording all within a year of meeting each other was quite impressive I think.  The writing process was a lot of fun.  We spent a while just jamming the songs that Rage had put together and adding our parts in until they were fully formed songs.

The recording was equally as fun.  I really love when you start to hear the songs coming together as you gradually add more parts until the finished product is there.  Obviously, some of the songs could have done with some more harmonies but they’ll have to wait for the next album!

What was it like recording The Waystone anniversary EP?

It was a great time reworking the songs in rehearsal to fit the current line-up.  We have different styles to the line-up that was the album so it was fun putting our own spins on the songs.  I’m really happy with how it turned out in the end.  It was also great to throw the new song Monument on there as well.  Whilst it was written a while ago it had never been recorded so it was good to be able to record it and put it out. That one’s also a lot of fun to play.

What are your contributions to the new album?

I have written two songs for the album and contributed my own ideas and guitar parts to the rest of the songs.  This album has been a much more collaborative effort with some of the songs being written as we just jammed in the rehearsal room which has been enjoyable.  My two songs are very guitar-heavy and I tried to make them faster paced so that they’re harder to play.

Are you looking forward to recording again?

I am.  I always love going into the studio as it always inspires new ideas.  You think you know everything that you’re going to record but then once you’re there, you find different things that you can add to make the songs heavier or add more harmonies.

Are you looking forward to playing live again?

Of course.  The lack of gigs has been frustrating to everyone so it’ll be great when we can play loud for some people again.  It’s been really exciting seeing all of the gig offers coming in recently and it’ll be wonderful being on stage again with my amp up too loud and unable to see the fretboard because my hair’s in my face and the stage lights are shining in my eyes.  What a good time that’ll be.

What are your ambitions moving forward with the band?

I think the ultimate goal for all of us is Rockstar, isn’t it?  Why would you be in a band and not want that?  Whilst that would be nice I’d love for us to play some bigger venues with some bigger bands possibly.  Would be nice to do a tour or two to see how that is.  Another thing I’ve always been interested in is writing a concept album.  I think it would be a challenge to try and get the whole album flowing with itself almost like one long song with one theme.  I might have to give it a go.

What would be your dream gig, tour or festival to play with the band?

Absolute dream situation, I’d love to play the Budokan in Japan.  So many of my favourite bands have played there and it would be awesome to be there playing.  A sold-out world tour in sensible sized venues would also be nice.  Just anything with a packed room of people who have come to see us really.  We got a little taste of it when we played the 10-year show but I can only imagine the feeling of having that every night. 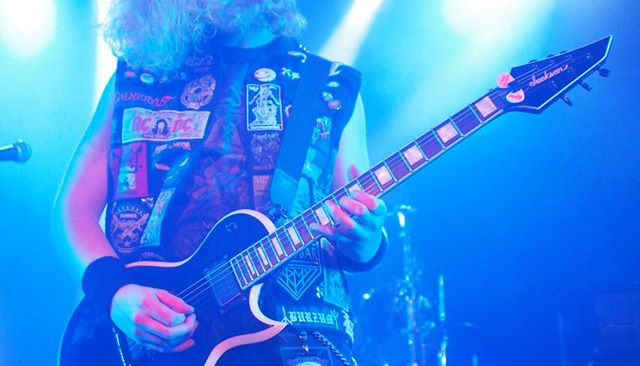 Toby’s latest cover – Daddy, Brother, Lover, Little Boy by Mr. Big is now available to view on his YouTube channel. Please remember to like and subscribe to his channel. 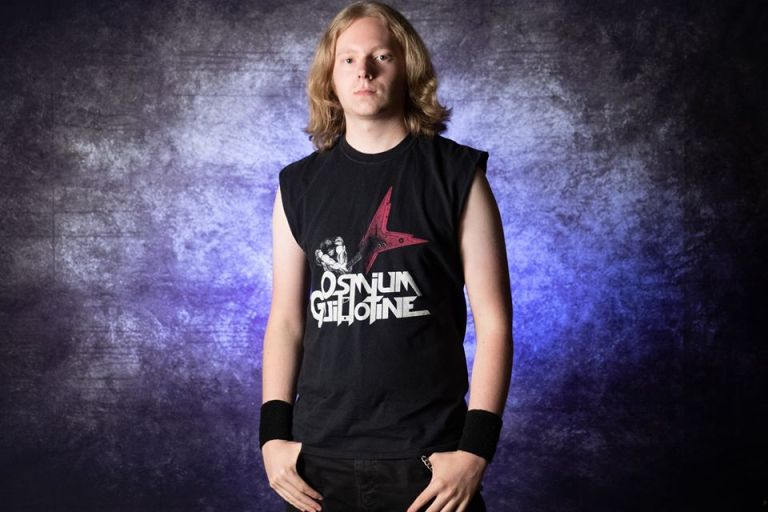 If you have caught Toby’s YouTube channel recently, you would have noticed he has been recently uploading performances of his favourite songs onto the platform. So far he’s covered Sabaton, The Darkness, Megadeth and Ozzy Osbourne (above), with his cover of Bark at the Moon now breaking 2000 views.

He’s also recorded himself playing a number of Kaine songs, and songs from his previous bands Cannon. Check out his channel and like/subscribe.