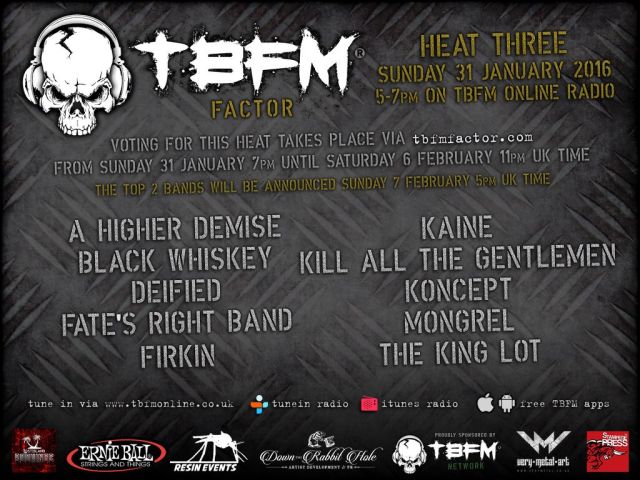 Kaine have been selected by TBFM judges out of 400 bands to make the final 100 in their biannual TBFM Factor competition. The competition itself acts as a virtual Battle of the Bands with the winners being chosen by fan votes.

Band frontman Rage Sadler commented: “It’s an honour just to be nominated for the final 100 bands by TBFM and an excellent way to kick off 2016. If our loyal and dedicated supporters vote then who knows, much like with the TBFM Awards Nominations we may do very well.”

The aim of the competition is to promote all of the bands involved to a wider audience as well as offering a number of prizes to the top 10 bands which range from the following;

Voting will begin from the 31st of January and will take place on http://tbfmonline.co.uk/tbfmfactor/#_