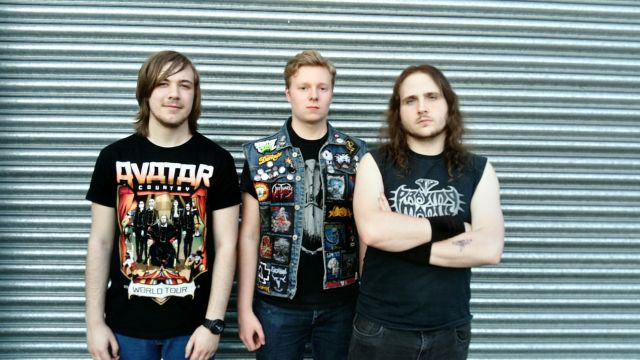 Having only had only since Thursday morning to prepare, Toby Woods (centre) was invited an informal audition this afternoon at Pioneer Music Studio alongside the band. Toby played through Heaven’s Abandonment, Fall of Jericho, Crisis of Faith and Voice in Hell with confidence and added brilliant improvised solos, which were so impressive that he was invited to join the band during the session, and accepted the position today.

Toby joins fellow newcomer Liam Etheridge (drums) and the bands founder Rage in Kaine as the band now seeks a new bass guitarist. Stevo will remain with the band until a replacement is found, hopefully in the coming weeks.