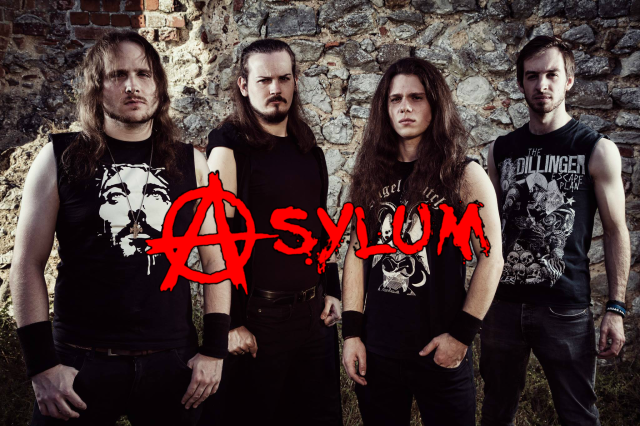 Kaine will be recording a new single this Sunday to help support the Asylum venue in Chelmsford. The single, which has been written and rehearsed over the course of this week will not be on the upcoming album and will be an exclusive release to support the cause. The new track will be sold for £1 with every penny made going straight to the Asylum to help prevent it from closing. The Asylum is one of the few venues remaining that books heavy bands regularly, such as Kaine without the bands having to pay for support slots or selling a % of tickets to secure a slot.

The Asylum needs to raise £12,000 in a short amount of time to ensure it stays open. The band is optimistic that at such a low price, and with enough social reach the single could help raise a significant amount of money should people get behind it.

Rage Sadler said: “If enough people buy the track, and share it we can hopefully do a lot of good with this single. We spent all last night rehearsing the track and putting a lot of the new album stuff on hold to be able to put this out so quickly and I am incredibly happy with the song we have written. Keeping the Asylum open is something we are passionate about. They are doing some real good with that venue, they aren’t running it to make a lot of money and they aren’t exploiting bands that play there. “

The single will be recorded at Threecircles Studio who are offering the time for free to support the cause and will be mastered by Z-Plane, also for free.

Rage added: “They have offered a stage to acts who have learned their trade at the venue and gone on to national success, touring, playing major festivals such as V-Festival and beyond. Before it came along there was a huge cry out for a venue in Chelmsford just like this and Ed and Denise took it on themselves to make it a reality. The scene will be killed off if we do not support the Asylum and what will be left with? Bands paying to play and selling tickets for a 15-20 minute slot at those o2 Academies, and that’s if they even get that lucky. If people share the track, explain the cause and goal then hopefully this will go a long way to help saving the venue.”

You can already support the Asylum through GoFundMe. Please click the link to help support the venue.