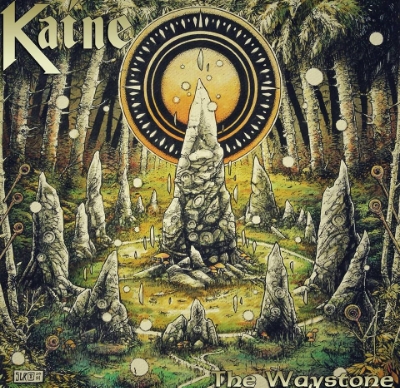 Kaine are a 4-piece traditional heavy metal band from East Anglia, UK, formed in 2009 by singer Rage Sadler and bassist Dan Mailer. They take influence from NWOBHM bands such as Iron Maiden and Judas Priest, as well as thrash metal bands such as Anthrax, and have an impressive number of gigs and support slots under their collective belt. ‘The Waystone’ is their second full length album, and one that should please most fans of NWOBHM.

While calling to mind a certain controversial British PM, lead single ‘Iron Lady’ kicks off with powerful, melodic guitar hooks that are a defining feature of the album. The vocals also call to mind a thrashier version of Bruce Dickinson’s dramatic style. The guitar solo is also impressive, and is representative of others on the album, opting for…