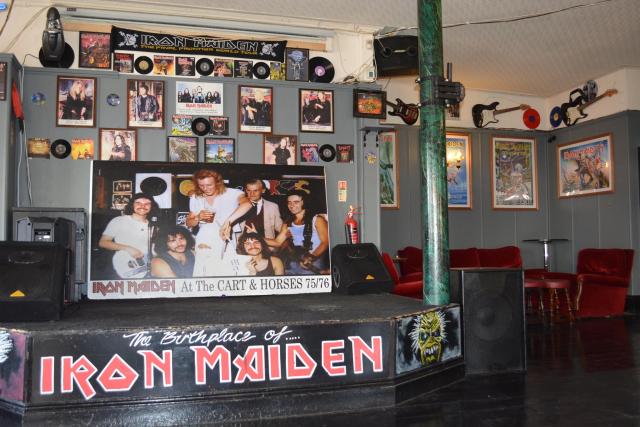 Kaine already have a long list of connections to Iron Maiden and the NWOBHM. Not only is the band heavily influenced by Maiden, but they have supported Dennis Stratton (with Remus Down Blvd), Terry Wapram (in Buffalo Fish and V1) who once replaced Dave Murray in Iron Maiden and former singer Dennis Wilcock (also of V1). They have also supported other NWOBHM legends such as Diamond Head, Tygers of Pan Tang, Praying Mantis, Holocaust, Tytan (ex Angel Witch), The Deep, Satan’s Empire, The Handsome Beasts, Deep Machine, Desolation Angels and many more since their formation in 2009.

The first show is Saturday, with doors at around 9pm. On the bill Kaine will be playing a special headline set from their soon to be recorded new album and will be supported by Osmium Guillotine, who are influenced heavily by the NWOBHM. The show is free entry.