It recently dawned on me that the band has now been in existence 9 years in one shape or form, so I thought I would cover some of our earlier days that are unknown now to the bulk of people who follow us. 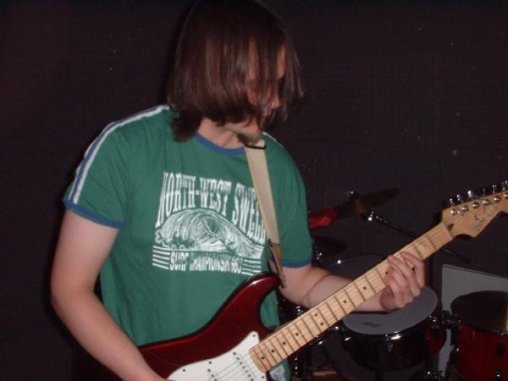 The earliest formation of Kaine occurred when I met Elliot Jackson. Ell, originally from Essex like myself, was living in Peterborough at the time and I had made contact with him online originally about playing bass in a band. I travelled up on the train and we had a jam, he was a good bass player but when he started playing guitar it was pretty obvious that he was light-years ahead of me as a player. I asked him he would be interested in doing lead guitar instead which he agreed and over the next few months we started putting some of the earliest Kaine songs together.

The first two we worked on were Lies of the Forsaken, the music was written by Elliot and Violent Metal which was mostly from an idea I originally had. Ell had a very good knowledge of song writing and music theory and that’s where the nucleolus of what became the early Kaine sound came from. The core being the rhythm guitar holding the riffs while there would be classic Metal inspired leads over the top. We also worked on two other songs in this period, one called Greed which was dropped and another called Lost Sage’s Tower.

Throughout this period we started audition bass players and drummers. We had a number of people try out over the coming months, and we quickly realised how much hard work this would be as many people were not committed, no showed or were outright problematic. We had one guy descale Elliot’s kettle at 5am for no reason, another showed up beaten up having not paid his drug dealer the morning before. It was getting pretty desperate. 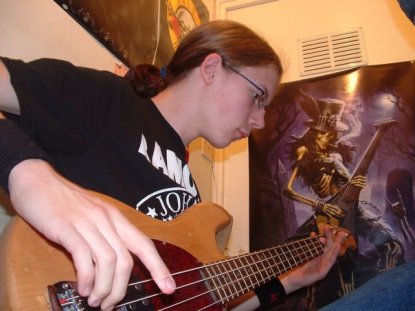 We did eventually find someone for the role of bass, from about 5 minutes away from Elliot’s house in Bretton, Peterborough. He was constantly online looking for members for his band, so I dropped him a line. He was a guitar player at the time but had started to play bass, he had similar influences to me and was keen to get going. This young lad was Dan Mailer, who joined the band after our first rehearsal together who was new to bass and music at the time but had the dedication to actually make a band work, and as many people knew he was with Kaine up until the middle of 2015 when he left to explore other opportunities.

The next job was finding a drummer, and again this was a challenge. We rehearsed with a number of people but nothing worked out as we geared up to work on our debut E.P. In this time Helpless Salvation and Entropy were started to be written and rehearsed.

It wouldn’t be until 2010 when we found a drummer that was good enough to player the material and whose ambitions aligned with our own to form and make a success of a band. Again, tirelessly searching the internet I was able to find a drummer from not far from me, in the village of Stebbing near Great Dunmow by the name of Josh Moreton. He was a very impressive drummer, and equally wanted a direct hand in the song writing of the band, something we were very keen on.

Now with a full line up, we worked on recording our first E.P. at home and finding our first gigs. It was around this time we moved from rehearsing in Elliot’s shed to South View Studios in Peterborough. We also decided on a name, Event Horizon. We started promoting ourselves under that name until some European label contacted us and asked us to change it as one of their acts were already using it. I then suggested Kaine, which was the only name that found mutual agreement and that’s what we have been called ever since.

We had put together Lies of the Forsaken, Violent Metal, Entropy, Helpless Salvation and For Whom The Bell Tolls, a Metallica cover for our E.P. and had started working on Valnir and Champion around this time, which would eventually end up on our first album. Sadly we were very unwise to the business at this stage and didn’t realise that a DIY E.P would fall on deaf ears when it came to being signed, but we sent it to all possible labels regardless. We only received one response, from Nuclear Blast thanking us for our submission but they wouldn’t be interested in signing us to the label. The E.P. would eventually be signed to Halstead based label Specky Records and distributed online.

Once we released the E.P., the harsh reality of being an unknown band kicked in. We couldn’t give the things away, and promoters were similarly unimpressed with very few wanting to book us on the strength of that E.P. so finding shows was incredibly hard. I still have most of them stored away at home. We continued to rehearse and work on new material, some songs such as Jaws of the Demon and Light & Fantasy written around this time never saw the light of day.

After me nagging Club Revolution in Peterborough for months on end, we finally managed to get a show booked as support in September. It was Elephant vs. Leopards final show in the City, which we agreed. Sadly the booking of this show would spell the end for the original line-up and Elliot at this time decided he didn’t want to continue and left the band, leaving us to play our debut show as a three piece. The show itself was interesting, the sound was absolutely awful and instead of mixing us the soundman was at the bar getting a drink, so we started our first set with no lead vocal microphone for most of the songs. He also put a ton of delay on my guitar for no reason, and the whole thing sounded a mess. The audience, which clinged to the back of the room in fear, watched on in horror as we stormed through our set of classic Metal style songs, drowned in delay with only Dan’s angry backing vocals audible, deep into the era of Metalcore. It as was far removed from a triumphant return to old school Heavy Metal you could get.

We left the stage, watched the other bands entertain the audience and excited the venue with our tails between our legs wondering what would be next for Kaine. Josh also had a stand stolen for his trouble…